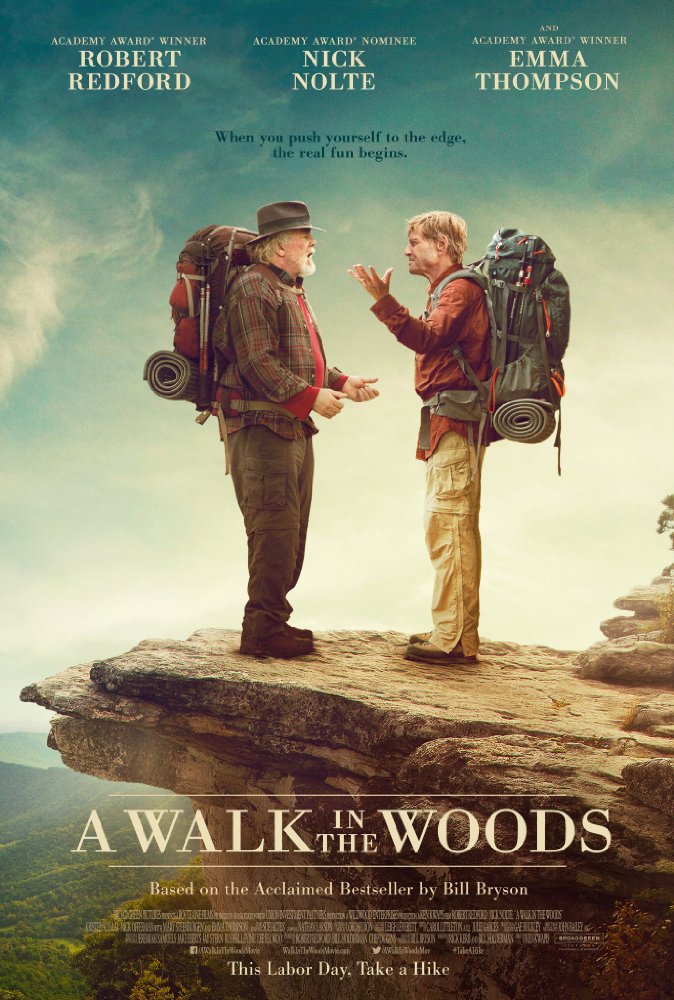 How better to reunite with an old friend than by taking a journey. This journey will test their limits both personally and physically as they tackle the famed 2200 mile Appalachian Trail. One of them is a writer, ready to embark on his retirement and the other is a bit of a recluse. You'd think they couldn't be further apart but there is something magnificent about seeing them together. There is a history, something that ties them together from years ago. This trek will help them realize what it was that brought them together so many years ago and what makes each of them who they are. The interesting characters that they come across along the way only enhance the creativity and hilarity of the situations. This film has a way of getting you smiling and laughing without even realizing it until you're doing it. Redford and Nolte aren't known for obvious comedy but together they pulled it off. Some of the supporting cast feels as though they raided the set from "The Last Man On Earth" at the last minute as some of them are quirky and not very memorable. The only part that didn't feel like it fit in was the abrupt ending (no spoilers), it seemed as if the idea just stopped without much forethought or design. Aside from that, this is definitely worth watching. Bring a friend and have a laugh along with some Hollywood legends.