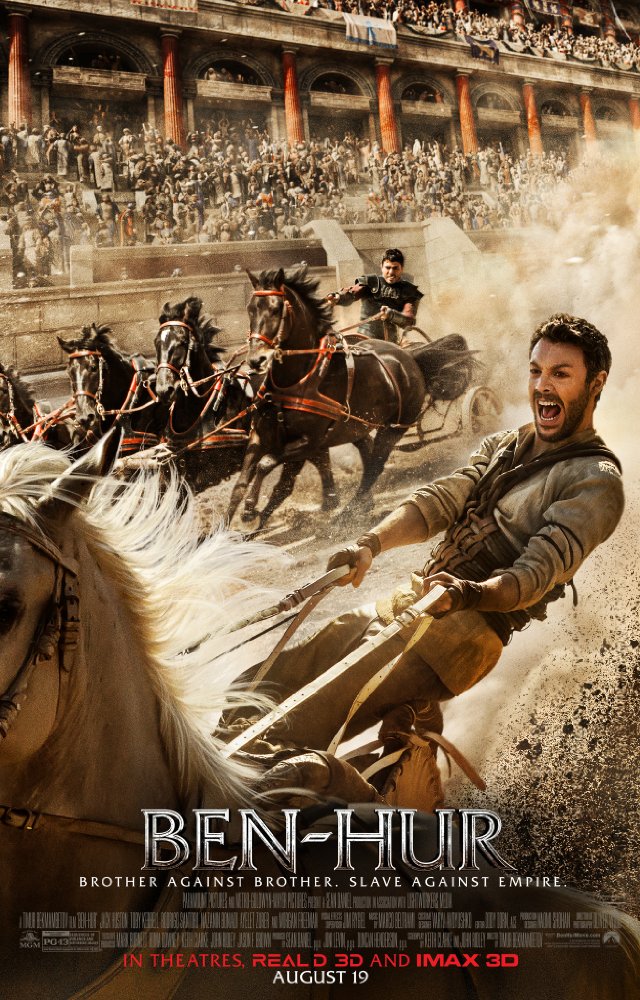 Brother against brother in this epic struggle of position and power. One is a prince, one is a pauper that is taken in, yet they both are equal in their passions. While one of them is passionate about his people, the others passion lies in the power and control that Rome seems to have over the land. An act of kindness comes back to bite one of them and gives the other the perfect opportunity to act. The prisoner is sent to the galleys to live out the rest of his life as a slave, while the other ascends to power. The prisoner will find an opportunity to prove his worth after a situation leaves him in the ultimate struggle of survival. Once again the brothers find themselves face to face, battling for their lives and for what they believe in most. This all sounds somewhat similar to the original story but this is far from the original. There was a very heavy hand in the religious aspect of this as well as being laden with terminology that was far too new for the setting. Overall, the action is intense and the characters are likable but the story is lacking in every way possible. Had this gone a different direction and not been a remake of Ben-Hur, it would have been a Ben-Hur wanna be... So I guess there was no way to win with the interpretation of the classic story delivered in such a haphazard way.