Bleed for This (R) 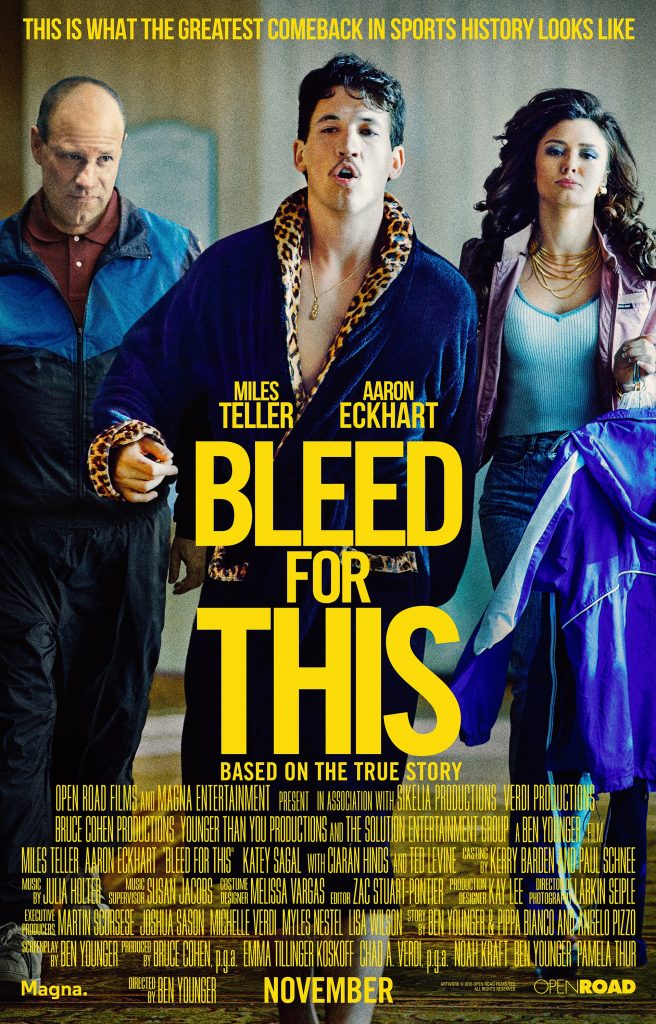 An unlikely comeback that could be described as... Incredible / Insane or both. Vinny Pazienza had the drive and determination to go as far as his fists would take him. When he let his pride got in the way, his career suffered the consequences of such. Soon he'd come across someone who could have what it takes to get Vinny back on track. Just as he's beginning to get his life back together, he experiences a tragedy that will change his life forever. The next months will be very trying for him as he tries to do the unthinkable during his recovery. After the accident, he is lucky to be alive and walking but his boxing career has come to a tragic end... Or has it. Some of the decisions that he makes test him and those around him. How much is he really willing to risk, just so that he can get back in the ring again... Follow this story and find out. The language and content throughout are not for a younger audience, not because of the sport but because of the rest of the story. This story follows the same timeline of another recent boxing story (Hands of Stone), but from a different boxers perspective and a different story altogether. Boxing fans will find a lot to appreciate, but others might get lost along the way.