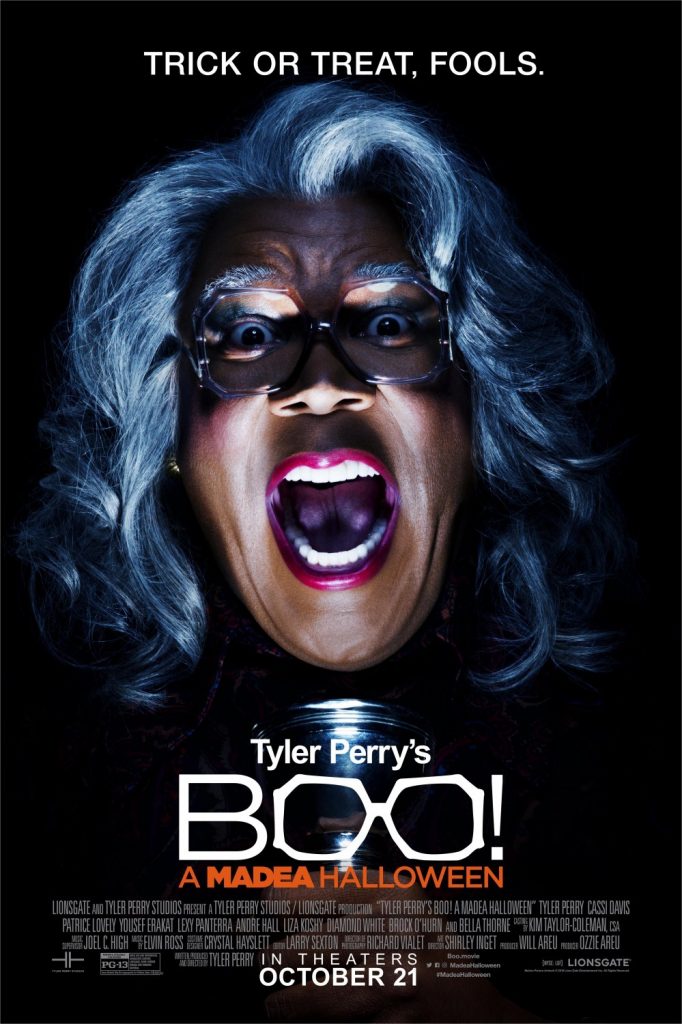 Ahh Halloween, a night of tricks and of treatsﾅ and exactly why Madea hates this holiday. Madea settles in for a quiet night at home. When she receives a phone call from her nephew asking for her help she knows the night won't be as peaceful as she planned. Her nephew Brian has had trouble getting his daughter Tiffany to abide by his rules. Tiffany walks all over her dad and when she gets invited to a fraternity party that night sheﾒll do anything to get to it. Brian gets wind of Tiffanyﾒs plans even after he refuses to let her go and not being able to be the bad guy he calls in reinforcements. Madea and her crew head over to babysit Tiffany who does everything in her power to undermine them leaving a night they wonﾒt forget. Youﾒre in for a treat with all the tricks that Madea must overcome. In the end will the joke be on her? This is a comical movie to be sure but thereﾒs also a lesson to be learned.