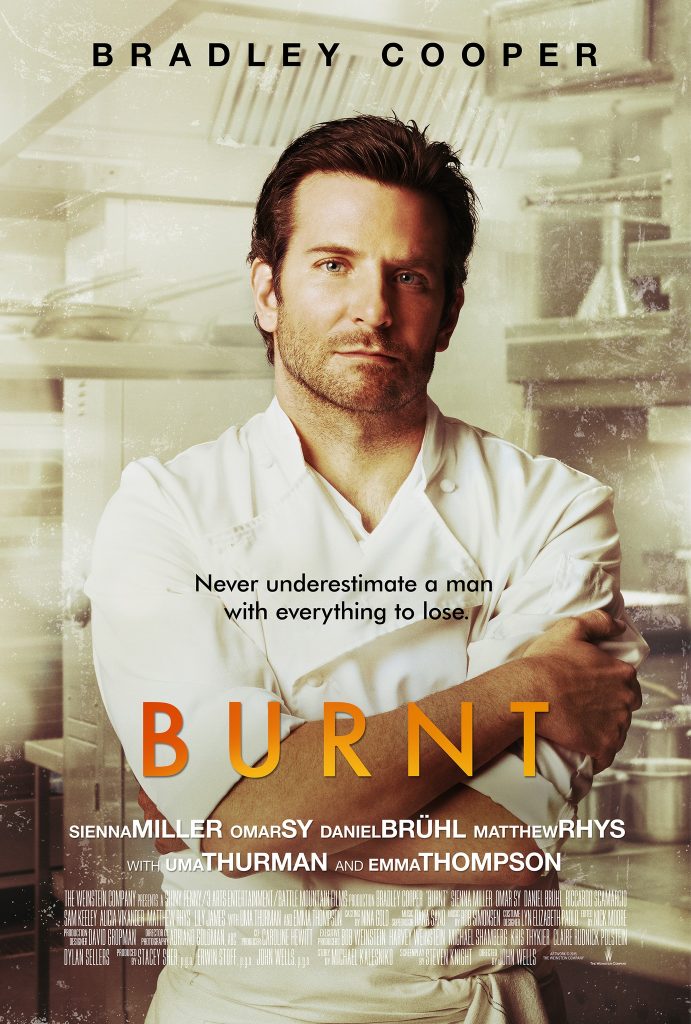 Adam Jones is a chef with two Michelin stars returning from his self imposed exile after destroying his reputation with addictive and socially destructive behavior. His new goal is to get a third Michelin star, a highly covetous rating among chefs. ﾠUpon his return to London, he attempts to gather a top notch kitchen crew for the new restaurant he intends to open. ﾠAs Adam tries to build up his restaurant he must rebuild the bridges he burned in the past.

This was a good movie that just missed the mark on being great. ﾠThe plot at the beginning didn't progress as well as it could have. ﾠWhile the first act seems unfocused, it does improve as it progresses. ﾠThe character development in the latter part of the movie seems well done. ﾠBradley Cooper has some very entertaining scenes, but the movie has a large supporting cast that is introduced and then mostly glazed over. ﾠThere are also some scenes where the dialog proceeds quickly and may be slightly difficult to follow due to being esoteric. ﾠThis was entertaining overall, but it's certainly not a must see.