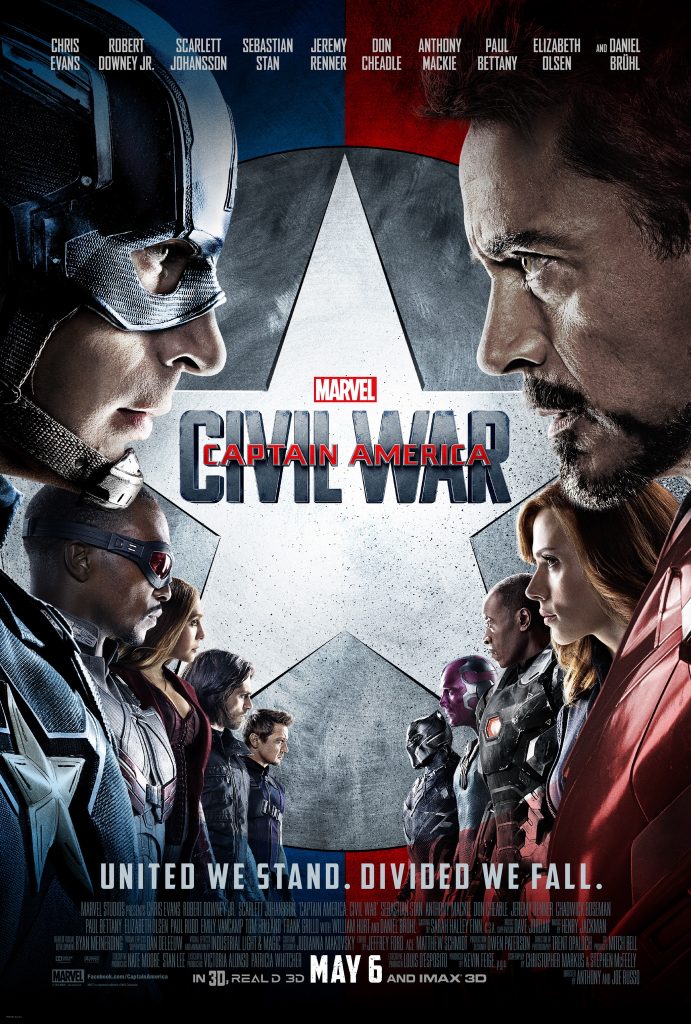 The Avengers have saved a lot of lives, but at what cost... That's what this movie dares to ask. The heroes that we've rallied behind are now at odds with the public, the government and one another. While some of them are fine with some of the restrictions that are being proposed to them, others are not. This will cause the heroes/heroines to choose sides. The side that they choose will ultimately decide how they approach what it is that they do. Each decision they make after choosing their side will come under scrutiny like never before. As these heroes come head to head with battling one another, all in an effort to strive for something greater, they'll be further apart than they could have imagined. Who will choose which side? Which is better? Is there a better when it's friend against friend. Just when it seems like there may be a light at the end of the tunnel, a truth reveals itself that just might break those involved. This story brings together the Marvel characters like never before, we see the heroes and heroines from the Avengers as well as other Marvel movies working together even in war. There are pieces of the story that feel disconnected from other Marvel stories, but it's refreshing to see them closer to the original stories. If you've ever been a fan of any of the Marvel superheroes than you don't want to miss this. A breakthrough story that tests all that we know about each of the characters while reinforcing exactly what it is that true fans love.