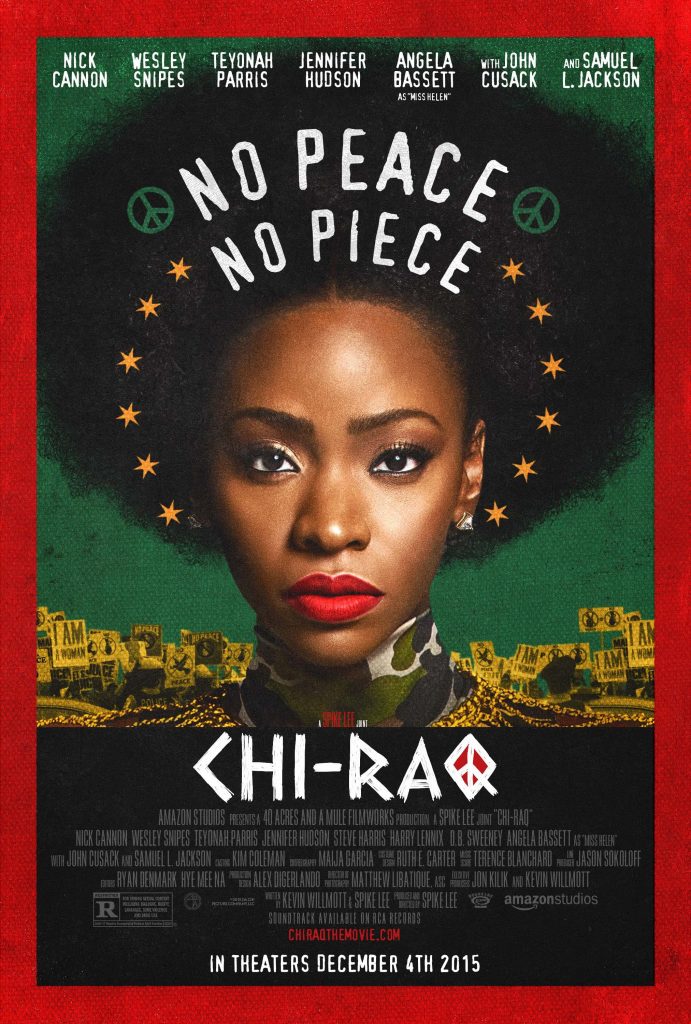 Respect, something that many think should be freely given but in reality, it's earned. This movie presents a situation that directly deals with gang life. Rival gangs determined to one up one another find themselves caught in a fight that isn't fought with guns. After the tragic shooting of yet another child in their neighborhood, the women band together to take a stand. The women from both sides and demand peace at all costs. The premise of the idea has some merit but this is overly politically laden with certain agendas in mind. The problems of racism, gun violence, and others are represented heavily from one angle. This needs a heavy dose of balance, weighing the ideas, and letting the viewer make up their own mind. One major instance of that is in the story the women involved stage a "terroristic" attack on a National Guard armory. The portrayal that we are given is that of ignorance and intolerance. The final message has some meaning to it but that's only if you can sit through the other hour and a half of pure hate. Regardless of what side you're on, this is not for the faint hearted, or for anyone else.

I will deny all rights of access or entrance, to every husband lover or male acquaintance, who comes to my direction in erection, if he should force me to lay on that conjugal couch, I will refuse his strike and not give up my nappy pouch, no peace, no pussy,