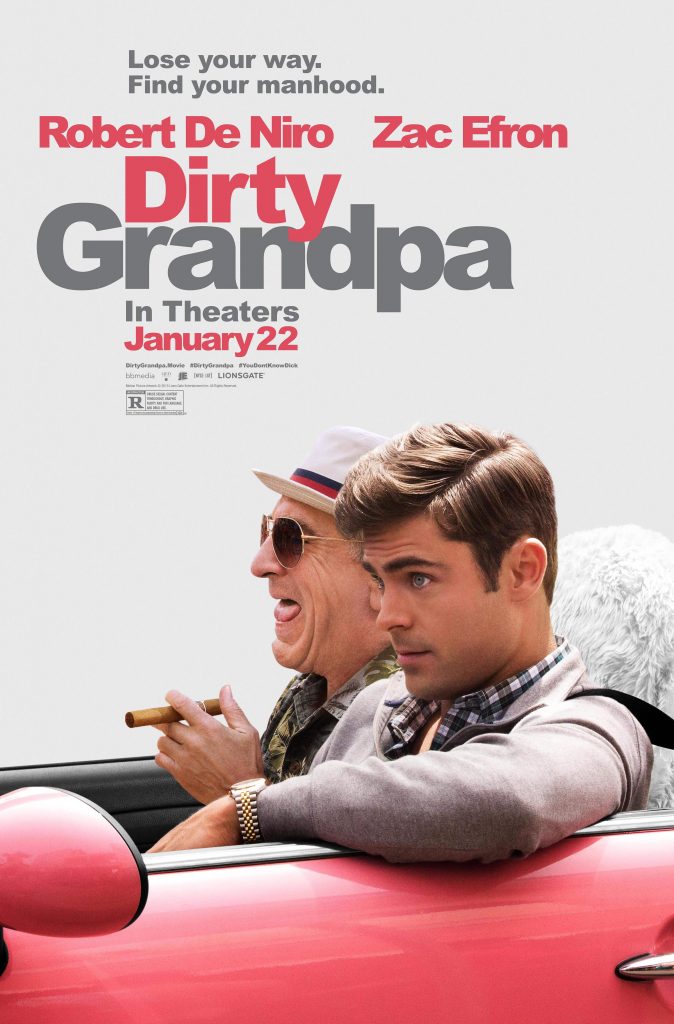 Here you have two men, an old man who is determined to relive his youth and a young man who is determined to settle down and take in the days as they come. Sounds fairly simple... doesn't it? Well, no such luck. Jason is getting ready for his wedding, barely a week away when his grandfather needs his help. You see his grandma just died and his grandpa needs help to get to his other home in Boca. Together, this road trip is bound to spell disaster. Richard (the grandpa) is not the typical grandpa, and try as he may Jason just can't get him back on track. Little does Jason know that he'll need exactly what his grandfather is introducing him to. This is an unusual take on a coming of age story with very adult content (borderline soft core porn), strong language throughout (numerous F bombs amongst other derogatory terms). Amidst all of this is an insane amount of hilarity, mind you... the same content that some find hilarious, others will find offensive. There isn't much to the story itself and even though it attempts to redeem itself, in the end, it's just not enough to salvage it. If you're a fan of the Jackass type movies, you'll definitely enjoy. Though if you're offended by strong language and sexual situations, you might want to sit this one out.