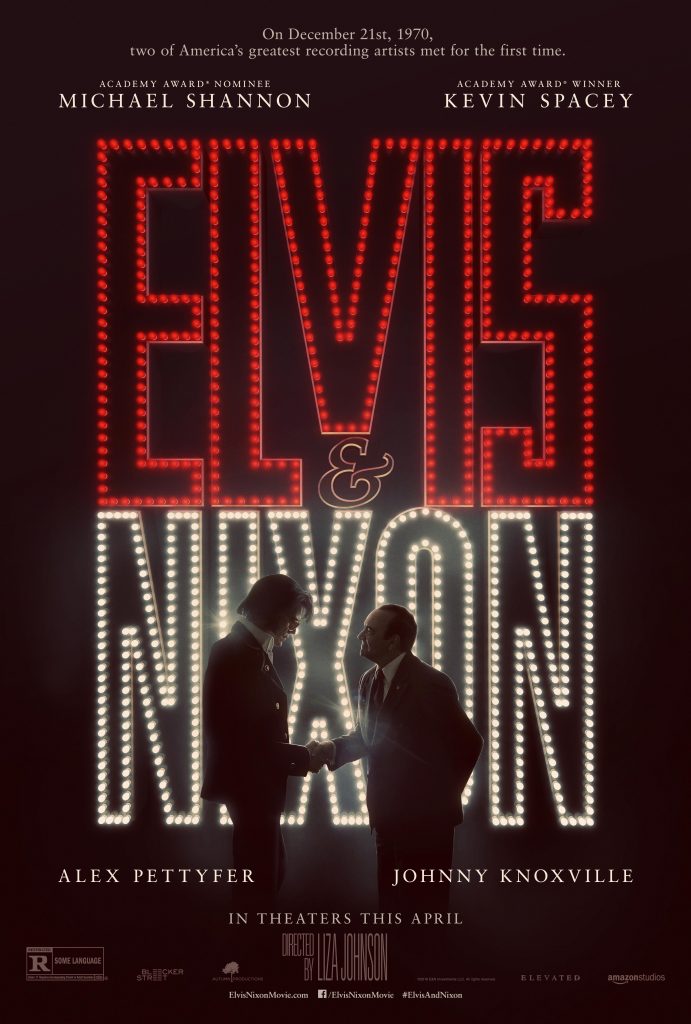 In 1970, Elvis Aaron Presley made a decision that his country needed him. He decided this during the Nixon presidency. Though the process was a bit more difficult than he originally had planned on. Elvis is fully aware of his celebrity status and wants to use that to help shape the youth towards a better tomorrow. The only thing that he needs to do this is something that seems beyond his grasp. He attempts to go straight to the top, only to realize that he'll have to go through the proper channels to accomplish what he so desperately wants to do. Will he succeed? Will his tactics be to his benefit or detriment? Only time will tell. This story is loosely based on actual events. The details are lost to history but with Hollywood, it's easy to fill in the gaps. This could have been something memorable, as a piece of history lost to time retold for a new generation. Instead it ended up as a badly cast, badly acted parody of a moment in history that is lost to time. Maybe it's better that it's lost rather than reliving it in this form. If you should choose to watch this, go prepared that it fails to pay homage to Nixon or the King.