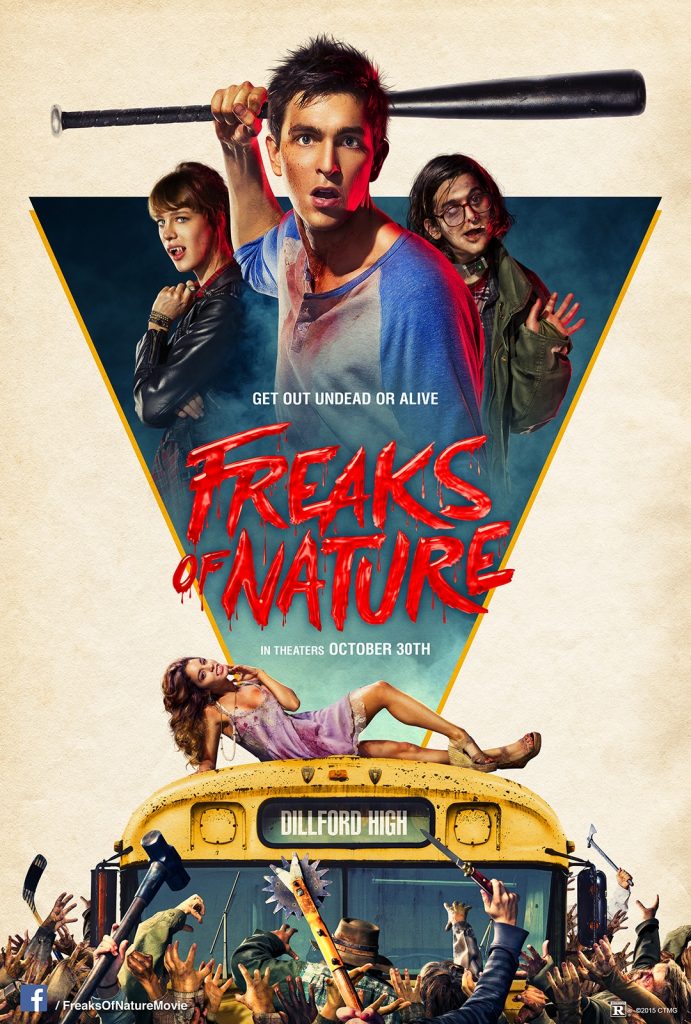 Humans, vampires, and zombies all live together in the town of Dillford. ﾠThe dynamics between the three groups is somewhat tenuous, with the humans and vampires sharing mutual enmity for one another and the zombies being treated as second class citizens. ﾠThis dynamic becomes violent when aliens arrive and the three groups turn on each other. ﾠAs the aliens invade a vampire (Petra), a human (Dag), and a zombie (Ned) must help each other to survive and repel the aliens.

This movie was a great deal of fun to watch. ﾠThe premise was interesting something that hasn't been overly done. ﾠThe dialog was well written and witty and at points, it pokes fun at itself. ﾠThe protagonists and supporting cast were well portrayed and entertaining. There are some issues with the pacing, but I think they're not too problematic. ﾠI recommend that you see this if you're a fan of any kind of monster movie. ﾠIt's one of the most entertaining horrorﾠcomedies that I've seen to date.