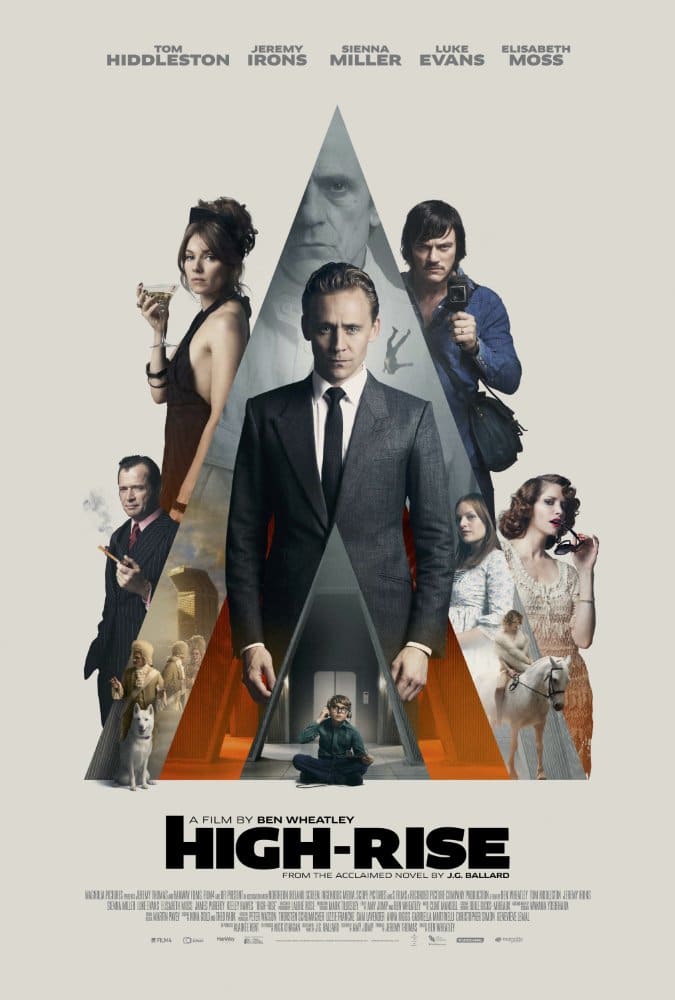 Based on the 1975 novel by J.G. Ballard, High Rise is a British thriller starring Tom Hiddleston. This movie is set in a forty story high-rise tower that lives in its own world. People are allowed to leave the tower outside of work but there is no need to. They have everything they need including a gym, a spa, a pool, a supermarket and a simple school for the children. Besides having every convenience in the building the residents gradually become uninterested in the outside world. However, it's not all that it's cracked up to be. The poor or common families live on the lower levels while the rich inherit the upper ones, creating a hierarchy. Despite the unfairness typically seen throughout history in social hierarchies the residents seem to coexist without many problems until the infrastructure begins to fail. Tensions rise and chaos takes over. If you're looking for an unconventional movie that will leave you thinking what did I just watch, then this is it.