Hillary's America: The Secret History of the Democratic Party (PG-13) 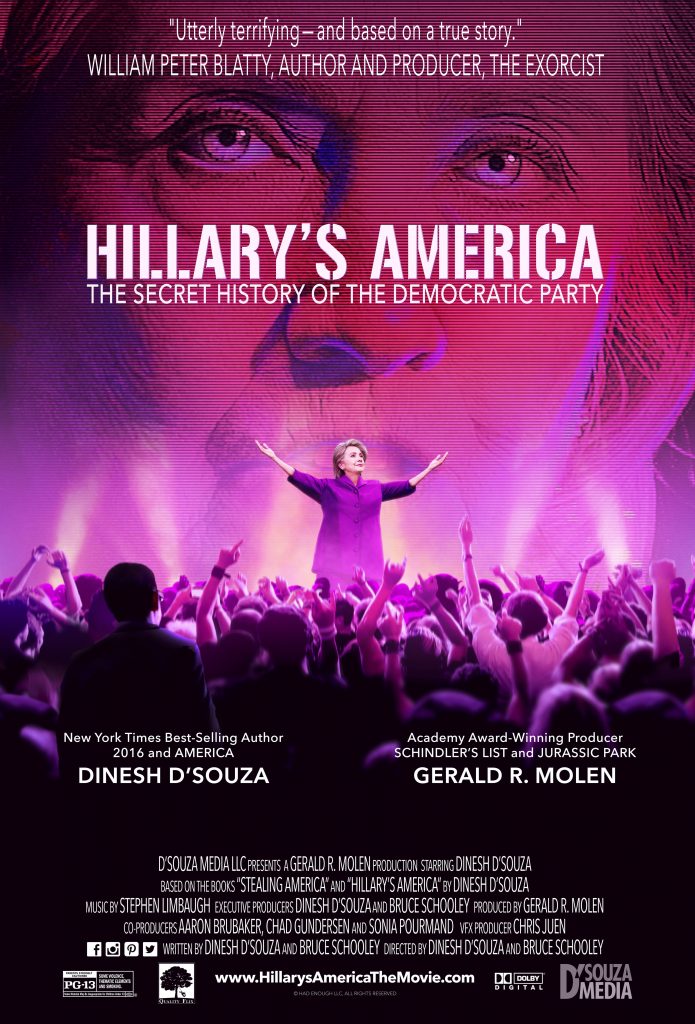 When you think of the Democratic party... What is the first thing that comes to mind? For many, topics like social justice, economic equality, racial equality and such are some of the first thoughts that come to mind. Now imagine for just a moment that what we think, might be wrong. Hold on, don't let your pride get in the way of the details. Dinesh D'Souza dares to turn Washington D.C. on it's head. How? By showing us the facts about the things we think we know and letting us make up our own minds from there. How did this even begin? It all began with something that D'Souza did. That experience would lead him to a way of thinking that he hadn't even thought of before. That may sound strange, but where he began to learn these things was in the least likely place you could imagine. As he began to dig, a pattern began to emerge. That pattern led to something that would impact the American people for generations to come. This story sounds very controversial based on the title alone and maybe the title should have left out "Hillary's America". That being said, the information provided here challenges the ideas that we think we base our decisions on. An absolute must see for any registered voter. Whether you agree or disagree, here's the information. Do with it what you will.

Trying to remain unbiased when watching this, it was a great history lesson. One in which all, regardless of political affiliation should see. It is presented more from the Republican side but it also is presented on the foundation in which this country was first built and what it has become due to the actions of others throughout history. It definitely hits on issues and comments made by said individual(s) using actual quotes, clips, and speeches made by Hillary and her party in general, some of which will get your attention and should for good reason. Not saying that those among the other party are perfect, but for the most part have stood for what was foundationally built upon since the beginning. Approach this with an open mind (not a specific political affiliation) and look only at the facts presented and determine for yourself moving forward into this election, and the truth shall set you free! -- Kevin (8/10)