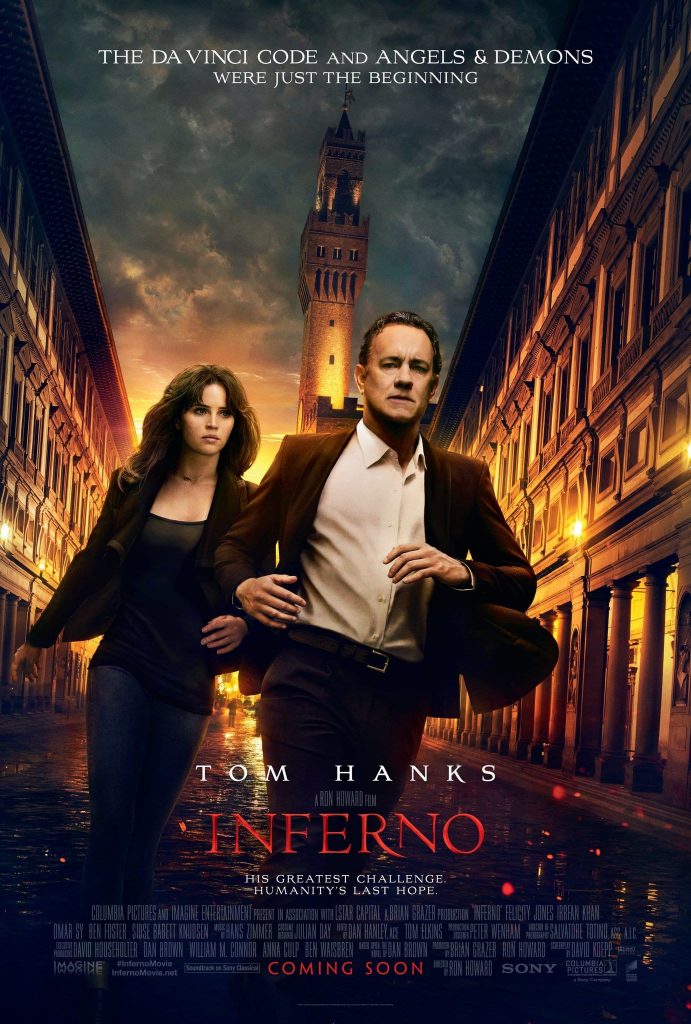 Waking up in the hospital with amnesia is bad enough. Then add in someone trying to kill you and it becomes quite the ordeal. Robert Langdon is once again stuck in the middle of a mystery and this time he has no idea how he got there. With the help of a woman named Sienna, they follow the cluesﾠthat lead them deeper into his memories and deeper into the truth. The clues and memories lead them on a path tied to a medieval poet named Dante and a madman with a virus that could eliminate half of the worldﾒs population. On a specific day at a specific time, just a minute before midnight this virus will be unleashed. The question then becomes, is there anything they can do? They arenﾒt the only ones after it and so it comes down to a race across Europe and a race against time. This is a good watch for any of the DaVinci Codeﾠ/ Angels & Demons lovers as well as another compelling story that ties history and science together. Does this push the boundary too far or not far enough... That's for you to decide.