Jem and the Holograms (PG) 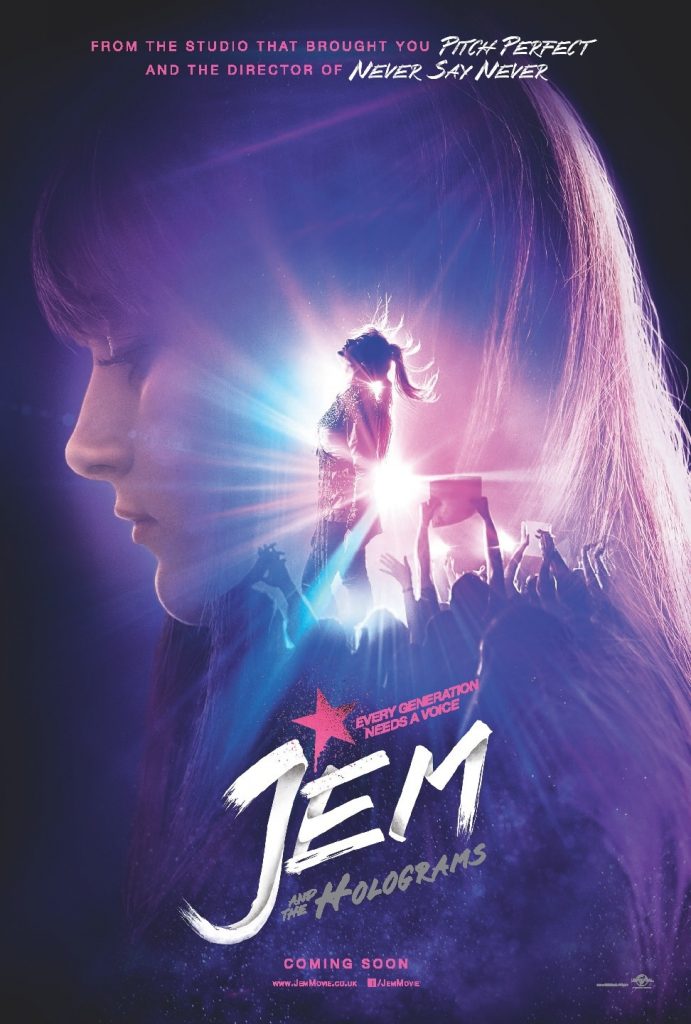 Who are you? A question that all of us ponder at some point or another... There are some that this question is harder for than others... those that don't seem to fit in anywhere. That's the target audience for this film. Jem came to life as an animated character of the 80's, but that's not what she is now. Actually, if you're a huge fan of the cartoon, you may be disappointed in the story itself as this movie is loosely based on the original. Even though the concept is completely different, this one reaches a wider audience than the cartoon ever could have. Jerrica (Jem) is a young woman who lives with her sisters and her aunt. One of her sisters is obsessed with social media and makes videos that document everything in life. When she pushes "J" (Jerrica / Jem) to try something new... it changes all of their lives forever. She went from a nobody to an internet sensation overnight... That's not where it ends though. In the path to follow her heart, she must follow a trail of clues left by a loved one... Only when she reaches the end of the hunt does she find that the answer has dwelled within her the entire time. What started as a goofy cartoon has become so much more. I even had my doubts of how would they turn such a silly cartoon into a live action movie but I was more than pleasantly surprised at the outcome. This has a powerful message for anyone who struggles to find who they are or what they are here for. It may have been aimed at a younger audience but it has a message that appeals to all.