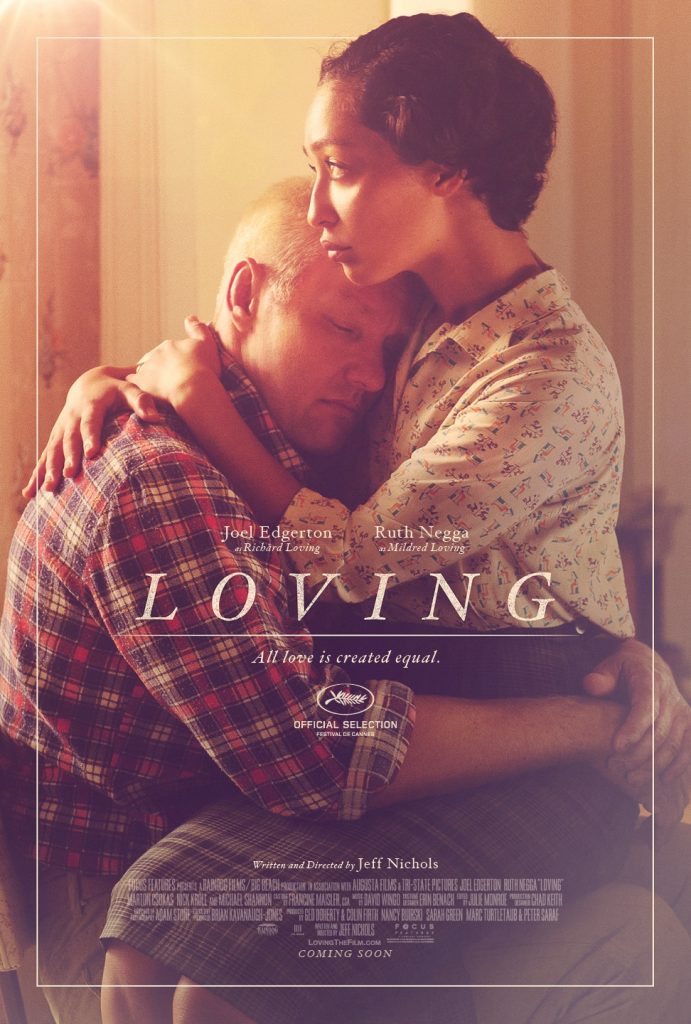 Love is... That simple statement has many different answers, depending on who you ask. The ultimate answer is simple, though, love is love. It doesn't know anything other than what it is, it doesn't see, all it does is feel. When two people fell in love, they wanted to get married and carry on with their lives. Unfortunately, society didn't see their love the same way. What should have been so simple became a case that would go all the way to the United States Supreme Court. Ultimately amending the Constitution of the United States, declaring that marriage is an inalienable right. June 12th is remembered as Loving Day because of this landmark decision. This is their journey, from the beginning of their love, until the final verdict. Though this is an incredibly powerful and beautifully told story. It was a bit slow for the average viewer. At the same time, it's not over Hollywoodized but they could have done something more with it. What could have been a historical masterpiece, turned out more similar to a PBS / Lifetime type of movie. Fans of history will adore this, as well as those that fight for love in all situations. Regardless of what side of this you are on, there is one constant... Love.