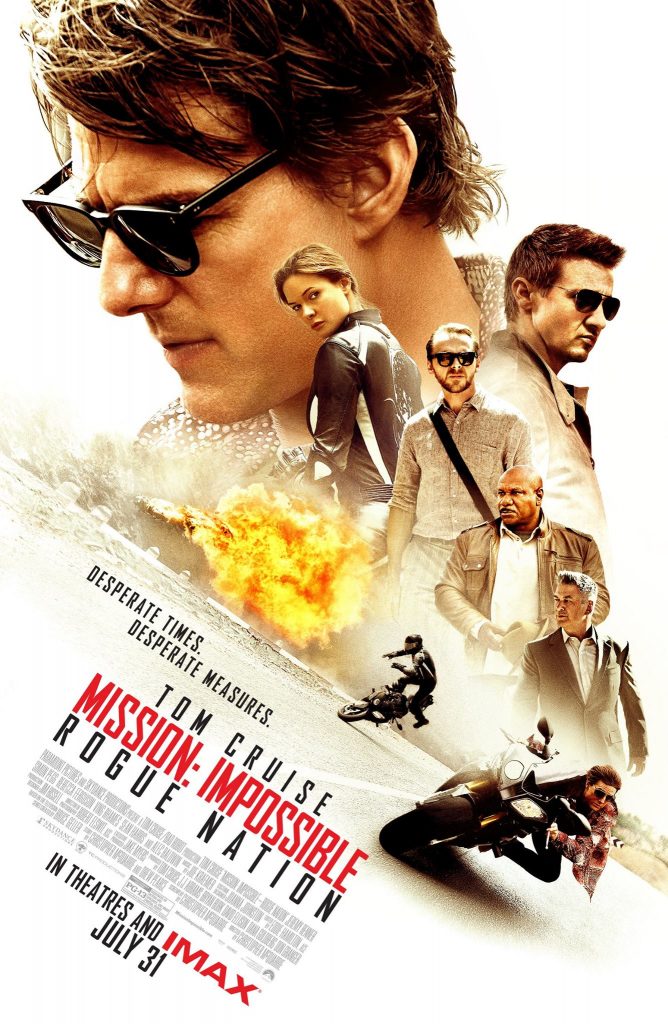 The syndicate has taken things too far. It's time to make a move that will end it all for either the IMF or the syndicate. Who will fall? That depends on the actions of the operatives, on both sides. Both teams will be pushed to the breaking point. Having to make decisions that go against their own ideas and ideals. Where does the line get drawn? It depends on who's drawing it. Ethan and his team go rogue and find themselves outside of everything they're familiar with. All they take with them is their determination and their identities. Whether that is enough is left to be seen. This, though one of the best in the series so far, still has flaws. The action is top notch, the characters... though well developed seem distant and almost out of character at times. The ideas here were well presented, but they could have gone a step further. This doesn't falter on the excitement, though it may leave you wanting more. It is one of the best, but there's always room for improvement.