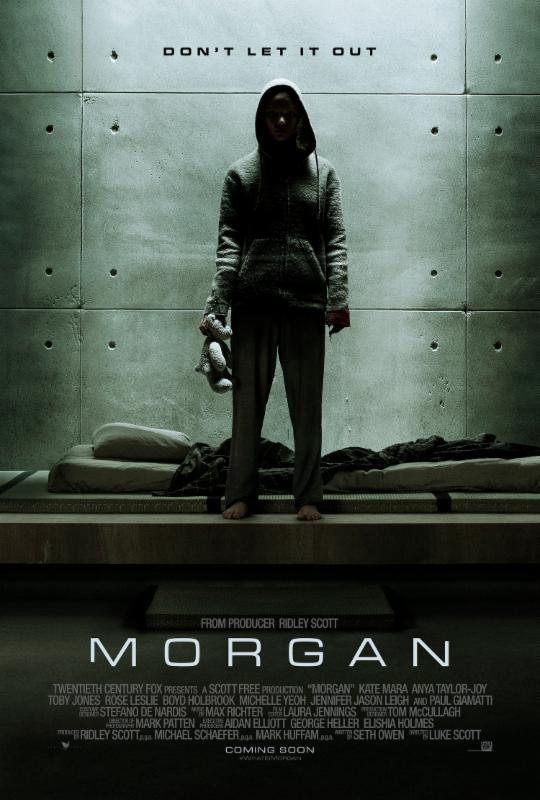 Artificial intelligence, something that science has been experimenting with for ages. The real question becomes, how far will it go? Morgan shows us the darker side to AI. Project_L9 has had many setbacks since its development. Morgan is the first time they've succeeded. Her development is off the charts, exceeding their expectations at every level. That is until she has a tantrum. Something is wrong... An off site member of the team comes on board to evaluate the situation. Her determination will be the final word as toﾠthe fate of the project. Something happens though during the evaluation. It will expose the real truth behind those involved and the project itself. Are you prepared to see what the future may hold... Ultimately that is the question. This story feels like bits of pieces of every other major AI movie that has been done before. There is also recognizable moments from other thriller movies as well. Is it original, absolutely not. It is entertaining, that can only be determined by the viewer. Some may love it, some may hate it... The real question is what will you think?

Risk management consultant Lee Weathers (Kate Mara) is tasked with reviewing an incident at a secret site where scientists have ﾓcreatedﾔ a humanoid life form simply named Morgan. Ex Machina is a sci-fi mystery drama. It does a great job of mixing all that and giving us a little twist as well. You'll have to watch it and see if you figure out what I mean. So what was this ﾓincidentﾔ? Morgan throws a tantrum in which she stabs one of the scientists in the eye. Sounds like a pretty bad tantrum huh? Was this a one-time event? Why is Morgan upset and at whom? Can this issue be corrected or does Morgan need to be ﾓput downﾔ? - Kevin (5.5/10)