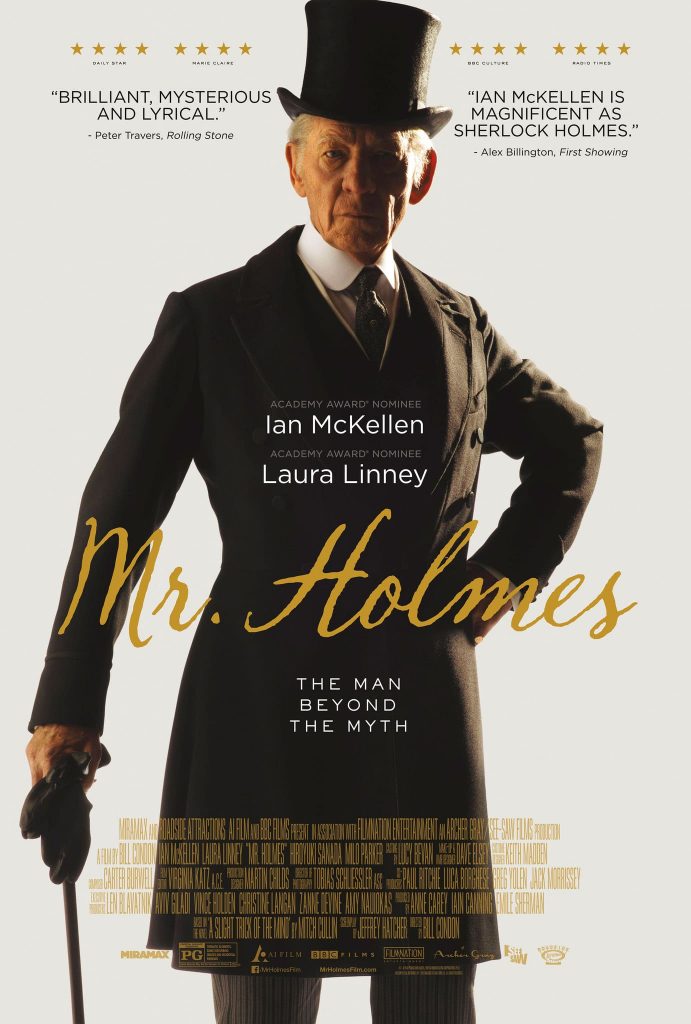 Sherlock Holmes, we know the stories, we know the myth, but we don't know the man... Here we get to see the man behind the myth. An old man, nearing the end, trying to capture a memory that seems to elude him. Reaching as far as unconventional methods to try to regain what has been taken from him. As we watch this story unfold, we begin to see an unlikely friendship that helps him put the pieces back together. A common interest that they share teaches them each something different. When an unexpected tragedy happens, everything that was known 'til now is called into question. Yet there is something that still haunts him from his past. As the pieces come together, we see the what and why behind the legend. A powerful story that leaves us with much more than we bargained for. There is a moral that we can all take away from this story behind the story... You don't always have to be honest to be right. What does that mean? It's simpler than it seems. See this superb example of this and the answer will become obvious.

I want to thank some fellow movie goers who attended this film at the same showing I did. Their contribution is worked into the review above. -- So keep your eyes out next time you go to the show, I might just be there, observing more than the movie.