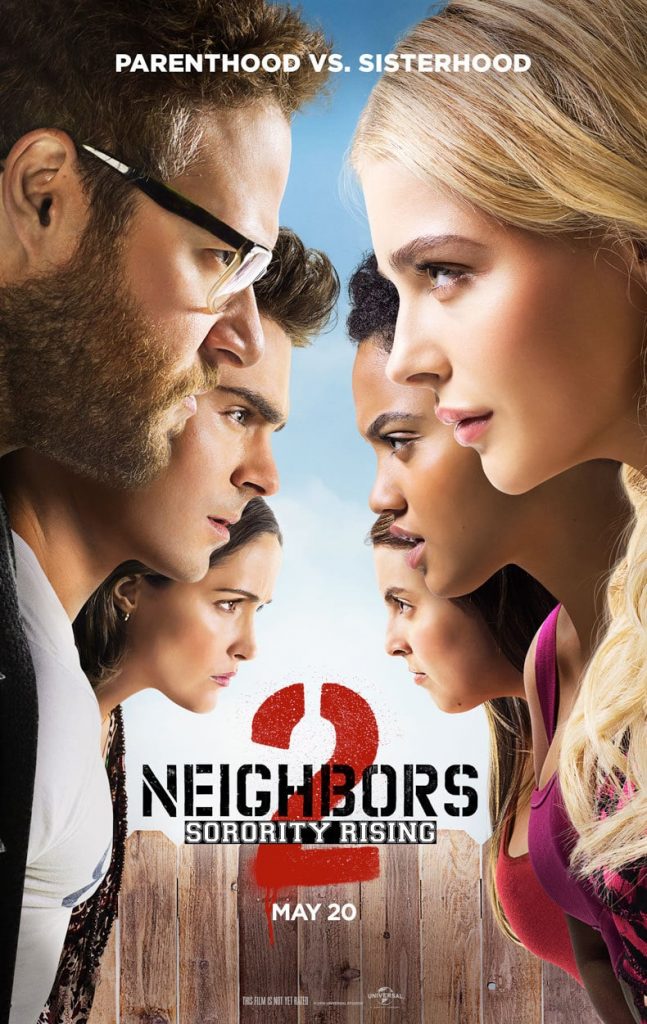 They won the battle but the war is still ahead. Mac and Kelly succeeded when they set their minds to getting rid of the party animals next door. After some much needed quiet time, and learning about an upcoming family change... They decide that they need a change. They successfully list their home and quickly end up in escrow. The only problem is that just moments after they enter escrow, a new challenge moves in next door. This time it's a bunch of girls that want to create a sisterhood, sounds simple at first... That is until they realize exactly what it is that the girls want. When it becomes apparent that these girls will put the sale of their home at risk, they try to find common ground. When that plan fails, they must resort to other means to accomplish what they are determined to do. The fight gets down and dirty from both sides. The ammo that each use against one another crosses certain boundaries that just push the envelope maybe a bit too far even for such a raunchy comedy. Ultimately, the victor will enjoy the spoils but not in the way you might imagine. Who will the victor be, that remains to be seen. This is a low brau comedy that bares it all in dialogue and content. The comedy and overall tone of the movie is raunchy +1, but the laughs are apparent throughout. Watching this, it's nearly impossible not to laugh (even at the moments where you know it's wrong to laugh), it's wrong on so many levels but yet absolute comedic gold. It's a bit funnier than the first one but the story is just what it is... no better but no worse. Should you see this? It's up to you... just be prepared.