Norm of the North (PG) 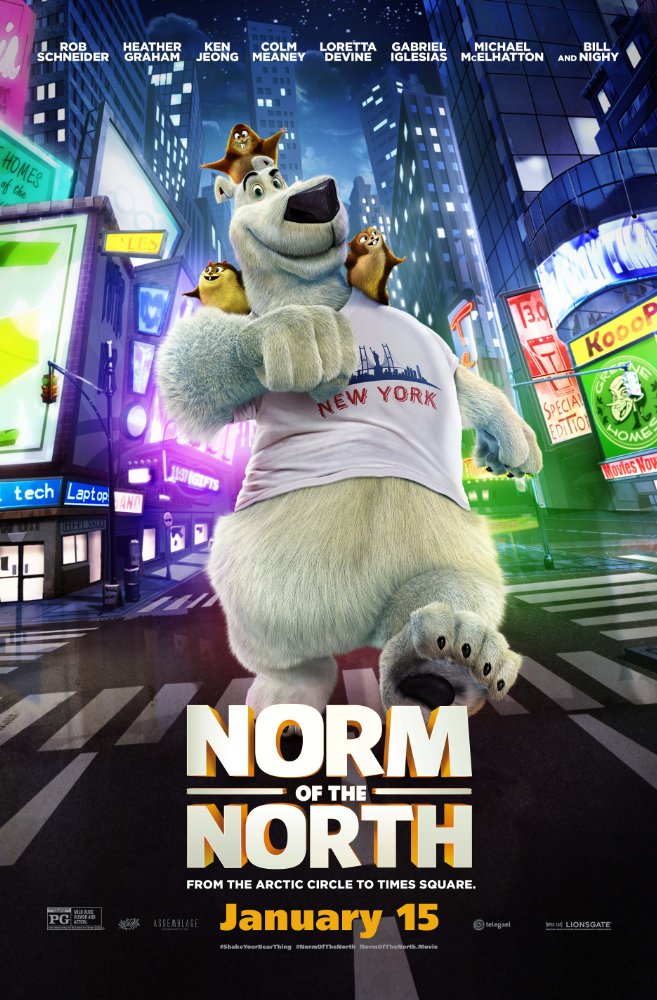 Norm is a polar bear that lives in the arctic. His life includes all of the normal polar bear activities but there's something special that sets him apart. When humans try to create a housing development in the arctic, he knows he must do something. His actions will take him (and some friends) far from home, and he'll have to do things that he had never even imagined... ﾠDuring this quest, he ends up finding more than he bargained for. What will happen? That remains to be seen. This story is aimed at younger kids with the goofy animation (reminiscent of something from the 90's with the story being some sort of combination between the idea of Ferngully and Over the Hedge). With saying that you'd expect a cute and funny animation... wouldn't you? Well this meets part of that but not in the way you'd expect. What this does deliver on is a heavy political message. Regardless of what side you're on, there is a line that shouldn't be crossed in a kids movie and unfortunately, this crosses that line. The story is heavily laden with an agenda and whether you agree with it or not, it goes a bit overboard. The story had great potential but the finished product leaves many wanting nothing but their money back.