Our Brand Is Crisis (R) 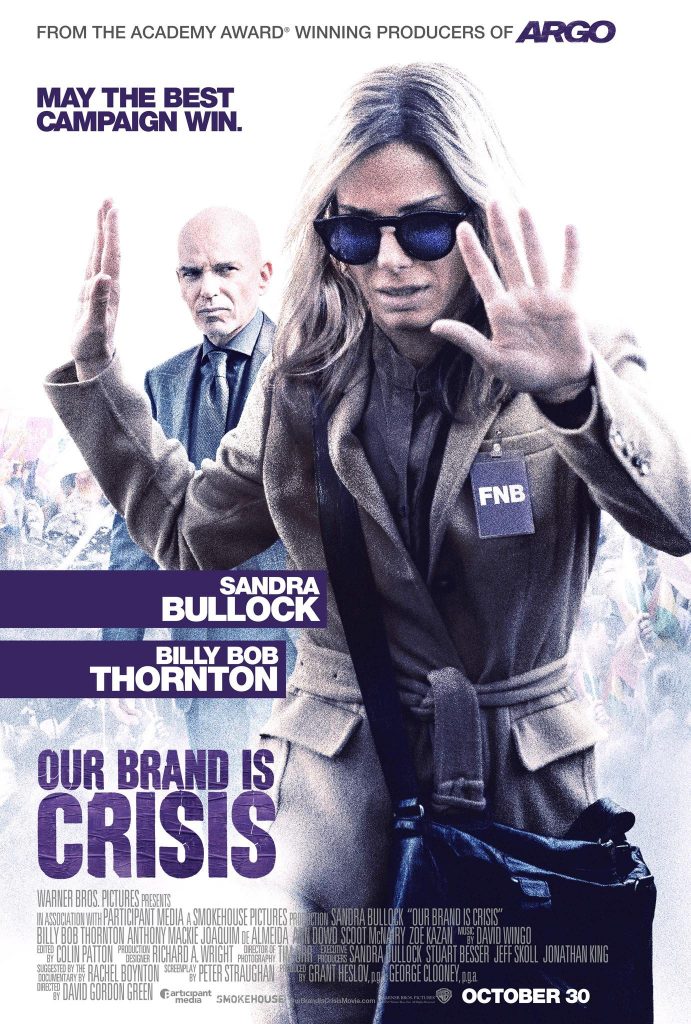 Jane is a political advisor who retired after being caught in the center of a major political scandal. ﾠSix years after her retirement, Jane is approached and asked to help boost the campaign of a Bolivian presidential candidate whose poll numbers are severely lagging behind his primary competitors. ﾠJane is tasked with boosting her candidate but finds that she has fierce competition. The front runner has hired Jane's former rival Pat Candy as a consultant.

This movie was fairly entertaining overall. ﾠIt deals heavily with campaign politics, which can be something of a dry subject. The subject is made more interesting with some witty lines of dialogue, but its heavy focus on politics may still make it unappealing to many. The character development of Jane was engaging, and the interactions with her campaign staff were well done. ﾠThe performances were believable at worst and very good overall. ﾠThis is worth seeing if you find politics to be an interesting subject, if not you can definitely skip it.