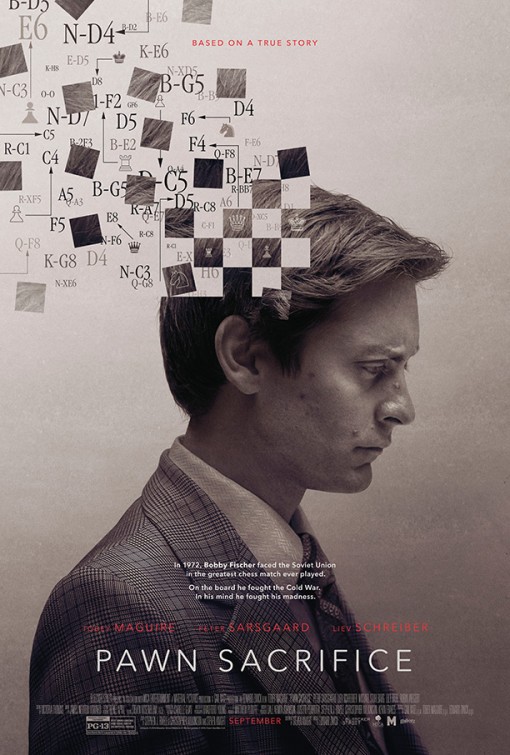 The cold war was a difficult time. Many countries were hostile towards one another in one form or another. One thing that seemed to remain a constant, on equal grounds (regardless of where) was the game of chess. It's hard to imagine that such a simple game could be so complicated. When a young child emerges as a chess prodigy, his gift is about to change the face of the game for the entire world. The downside to this gift isn't in the gift itself but in the man with the gift. He battles himself more than he could ever battle any chess game. His madness begins to define him, and therefore defining his game. The question then becomes is it the madness that made him great or the greatness that made him mad. This unusual young man went on to shape a whole new idea when it came to the game itself. The tragedy lay in his inability to function away from the chessboard. Even after he achieved his goal, it just wasn't enough for him. He couldn't live up to his own expectations and that drove him into isolation. This true story of Bobby Fischer invites us into the mind behind the man. His eccentricities and his exceptionalism as well as his madness and mania. The final outcome is explained at the end of this intense story that will leave you almost afraid to breathe while watching as to not interrupt the game. You'll get drawn into this as if you are a participant yourself... Intensity and drama like never before through the eyes of a madman or a genius... you decide.