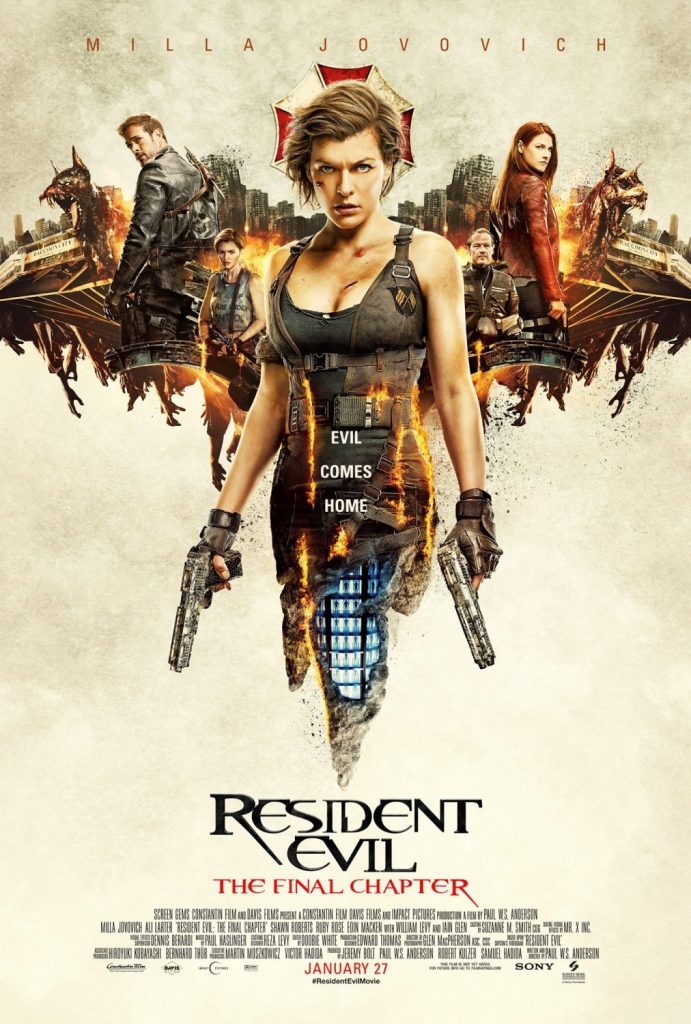 Medical advancements have come a long ways. The question becomes... Is it possible to advance ourselves into extinction? The T-Virus was created to eradicate many of the diseases and medical conditions that plagued the world. There was an unforeseen downside to this miracle, though. Once people realized this problem it was too late. Now it's up to one person to set things right. The one chosen is Alice. Alice will fight to find answers, she will fight to set things right and she will fight against all those against her. Throughout this, she will learn things about the virus and herself that she hadn't ever realized. All through the help of an unlikely ally.  What will happen when she comes face to face with her past and what is left of the future? Will she be able to make the necessary decision, even knowing the cost involved... These answers and more will reveal themselves. In this 6th (and final?) installment in the Resident Evil series, we see the ultimate battle take place. Plunged into a reality that is Mad Max meets Walking Dead with just a dash of Terminator, fulfills the need for bloody intense battle scenes but lacks in many other ways. Once again being left with unanswered questions that might never be revealed, leaves the viewer(s) in an odd place. Though not for everyone, it has an appeal that will satisfy Resident Evil fans. Is it for you? That's for you to decide.

Tags:
a world ready for the righteous and the pure to inherit, a world without the fear of infection death and decay, Ali Larter, Alicia Marcus, an orchestrated apocalypse, army of undead, Aubrey Shelton, based upon capcom's videogame resident evil, Burnt Trooper, Caroline Midgley, cast her out, Christopher Duncan, Claire Redfield, claymore mine, Commander Chu as Lee Joon Gi, Commander Crunch, Dale Jackson, David Casper Smith, dedicated to the memory of Ricardo Cornelius, Deniel Denysschen, dr Alexander Roland Isaacs, Dylan Skews, edwin-jay, Eoin Macken, Ever Anderson, Fraser James, h 4320 g, h 4365 g, hive command, I am the child she was you are the woman she would have been, I made you / yeah big mistake, i was created to protect the umbrella corporation I was also created to protect human life, I'm me he's not me, I'm not I'm not a clone, iain-glen, is that all you've got cause if it is I'm going to have to kill you, James Marcus, Joon-Gi Lee, just cause you think you should be in charge doesn't make it so, kevin-otto, Lee Raviv, Leigh-Anne Benham, LeighAnne Benham, Leo Russel, Mark Simpson, Matthew Bartman, Matthew Santoro, milla-jovovich, Milton Schorr, my name is Alice and this is my story the end of my story, noah's arc for the rich the powerful, one way or another our world is coming to an end, paul-hampshire, predictive combat software, professor James Marcus, project Alice, raccoon city, Raquel Garza, Rebecca Welmans, resident evil 6, resident evil six, resident evil the final chapter, resident evil vi, security satellite a 43, shawn roberts, Siobhan Hodgson, so I was wrong about you blow me, Stephanie Hough, t virus, the Arcadia, the bad seed returns or is it the prodigal daughter, the childhood you never had combined with the woman she could never become, the cleansing operation, the clone became more human than they ever could be, the final chapter, the first of the undead was born, the means of our salvation are already at hand, the trinity of bitches united in their hatred, the umbrella corporation, tvirus, Vian Singleton, we stand on the brink of Armageddon, William Levy, you could end all of this why don't you, you're fast but you aren't too smart, you're nothing more than a puppet whose strings were cut