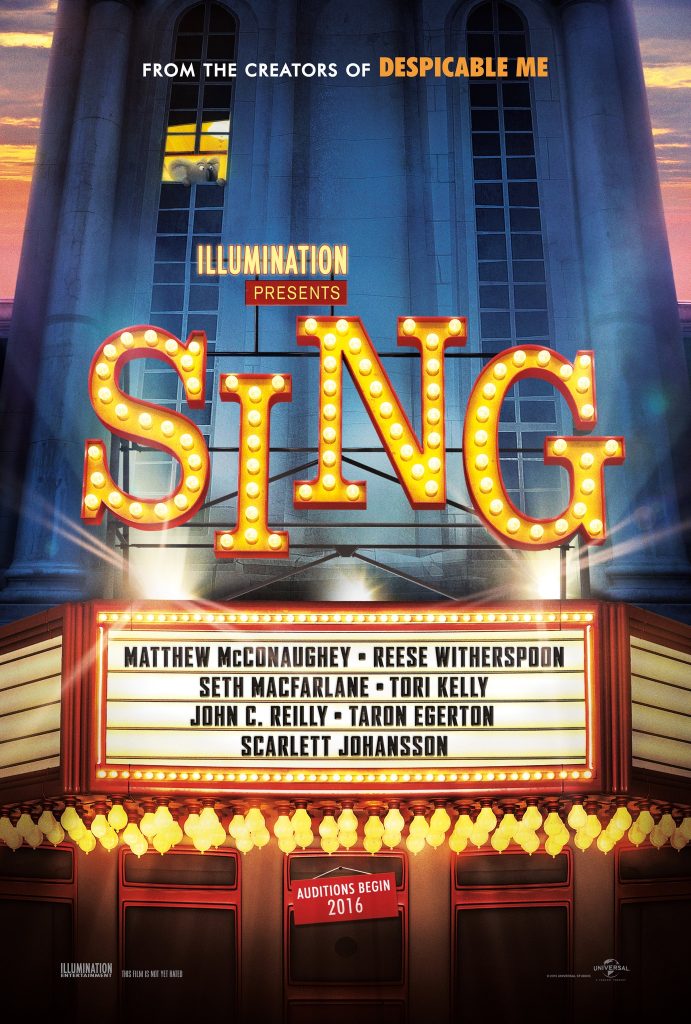 If you're going to dream, then dream big. That's exactly what Buster Moon has done. He fell in love with the theater at a young age and has been doing everything he could think of to dream as big as possible. Only one problem, though, all of his ideas have fallen flat. He has got to come up with a new idea and fast or he will face his biggest fear. What is this new idea that he has? A singing competition... What starts as just an idea becomes something much more. The biggest problem being a slight snafu when it comes to the promotion of the contest itself. The response it gets is overwhelming for even the most seasoned theater professional. No matter what, he's determined to see it through. As the finalists are chosen and things move forward to the finale, something happens which could jeopardize everything. That's the only good thing about hitting rock bottom, there's only one way to go and that's... up. This is an endearing and empowering story about following your dreams. The songs throughout will have you singing along, the characters are relatable and though there are some situations that you might need to explain to some of the younger viewers... This will be one that you'll remember for a long time. Imagine if you will, Zootopia meets American Idol. It might sound a bit unconventional, but it works.