Teenage Mutant Ninja Turtles: Out of the Shadows (PG-13) 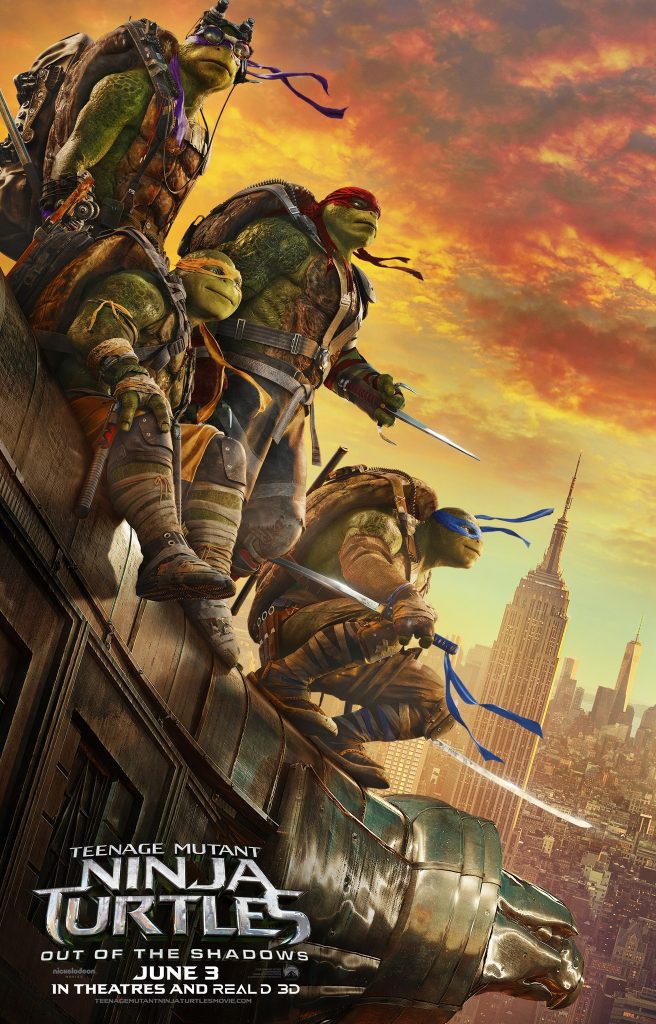 We've seen where they've come from, now let's see where they're going. They're teenagers now, each trying to figure out where they fit into the scheme of the team. Each one of them brings something different. Yet each is essential. Soon they'll find themselves dealing with a foe that they never thought they'd see again. Only it's never that simple. The old foe has some new friends. It will take a team effort to defeat these adversaries. That's not as simple as it seems though, especially since there's more at stake than ever before. Will the boys find a way to work together? Who will win in a battle where the stakes are higher than ever before? This installment stays much truer to the original stories of the turtles, including the tagline "turtle power". The charactersﾠare expertly animated and feel very realistic, such a refreshing change compared to some of the other attempts. Being able to see each of the boys individually and seeing how they work as a unit brings them to life like never before. If you've always been a TMNT fan, this is a must see. Even if you aren't, the storyﾠhere appealsﾠto a wide audience. Come experience this phenomenon that has taken multiple generations by storm.