The Night Before (R) 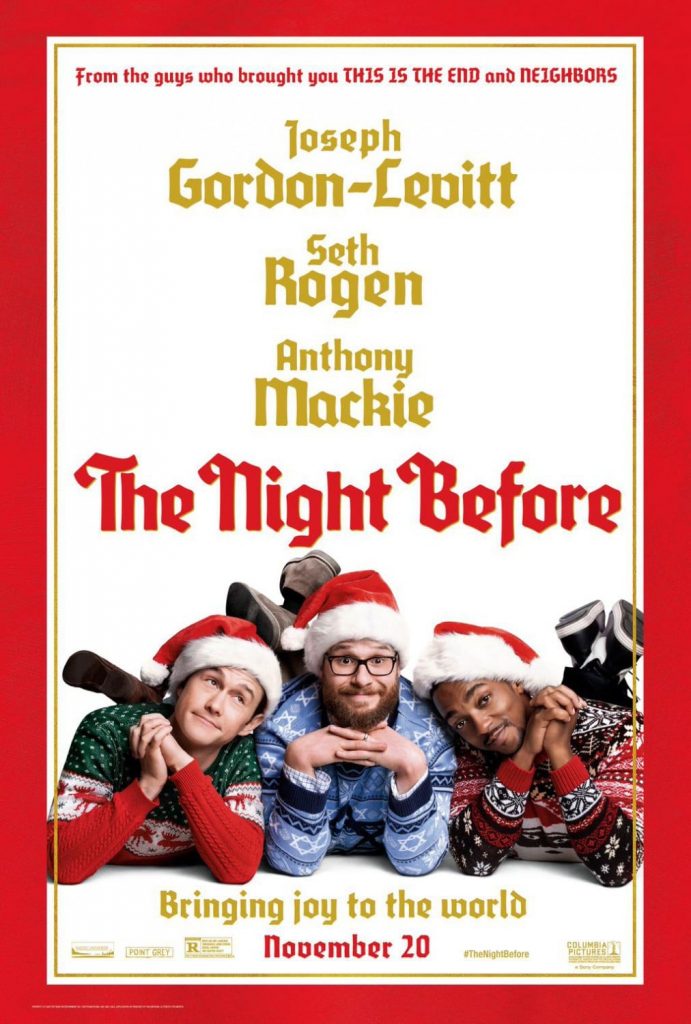 Twas the night before Christmas, with three funny men. Their lives were connected after a horrible end. The event that brought them together was bad, but together they found ways to be glad. They drank and they partied with drugs galore. Only one night a year but they wanted more. A party they heard of, it eluded them so... So how do they get there? They wanted to know. They planned and they plotted to get to the fun. What they failed to realize, they were under the gun. The gun just a metaphor for time as it was, leaving them scrambling to find where it was. The tree lit so pretty, their lives seemingly dull, little do they know they need red bull. A husband, a star and one scared to commit keep on trying, refusing to quit. Only upon realizing something each of them needed, do they find the grand party full of sex, drugsﾠand weed(ed). Now there's more to this story than this rhyme may portray. The story is touching and funny they say. The humor off color, the content x rated, you'll laugh and you'll grimace at a movie so jaded. Is there be a moral to a story so odd, that can only be answered if youﾠsimplyﾠnod. In a world so uprooted, it's hard to believe... that a Christian,ﾠa Kwanzaa and even a Jew will find themselves all together in an ending that's true. The story is incredibly funny and stupid at the same time. It's bound to offend many that watch it and is definitely not for younger audiences. With saying that, it'sﾠone of the best that these guys have been involved with, is it for you... That's up for debate, just come prepared to laugh and to hate.