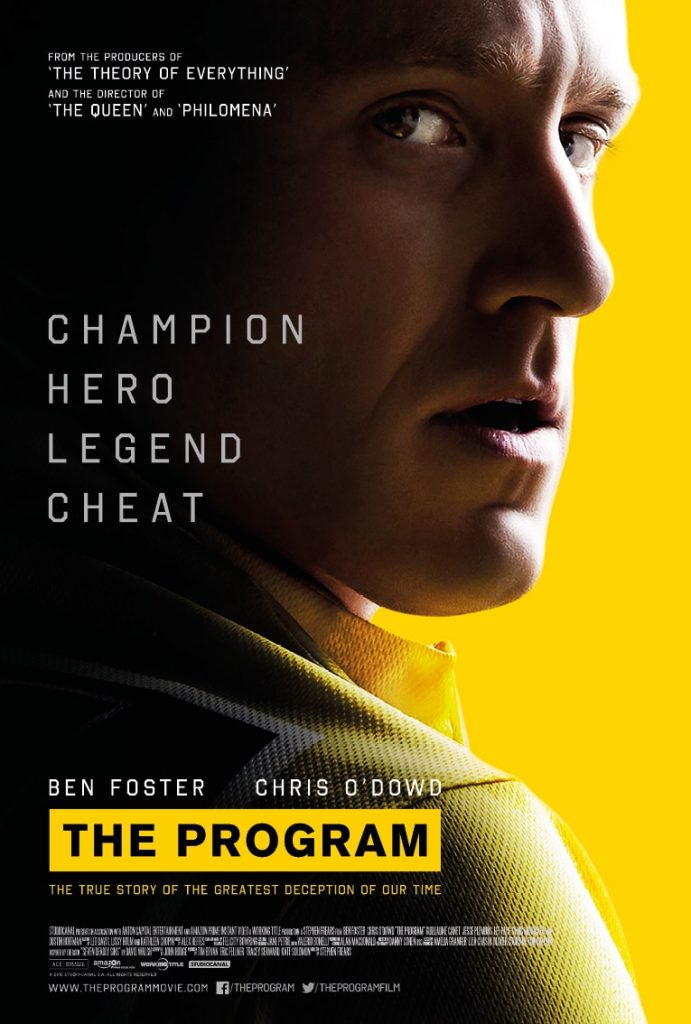 This biography is about none other than Lance Armstrong, a man loved and hated by many. It is also based on the novel ‘The Seven Deadly Sins’ by David Walsh. There has been much controversy over Armstrong and his use of performance enhancing drugs. This film delves deeper into his story along with the concerning unethical practices involved with the sport of cycling. Armstrong was always a good cyclist but when he signed up for his first Tour de France he quickly became frustrated at how competitive the other athletes were. So he turned to the program that sports doctor, Michele Ferrari had set up using EPO. He not only won many Tour de France’s because of this drug but also secretly promoted other athletes to either use it or keep quiet about it. There was a silence about how active performance-enhancing drugs were in cycling because many were afraid to speak out, give cycling a bad image or accuse a winning cyclist who had beat cancer. See for yourself the character and life of a legend who got away with it for so many years. This movie is not aimed for young eyes or those who still believe that Armstrong is a champion.