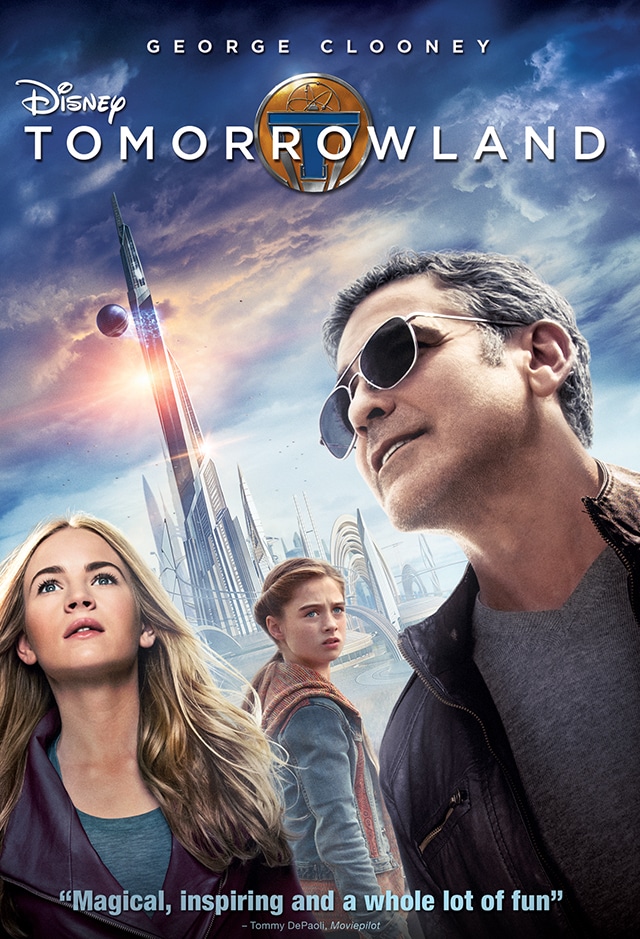 Imagine a world where the impossible is possible. Now what if I could tell you that such a place exists. The only thing is, you must be an independent thinker to get there. Why, do you ask? Because this is a place where only the best and brightest get to go. A place where if you can imagine it, you can make it happen. What if I were to tell you that this place is in danger? What if in a matter of years it ceases to be? That's what could happen if things and people don't change. Except this world isn't the only one in danger. Is there anything that can be done? Yes, and because of the daughter of a NASA engineer, we can find the answers we're looking for. This incredible tale plays off an idea originally brought to us during the world's fairs of yesteryear. The idea then became a fantastic reality at Disneyland in Anaheim, CA. This movie has taken an idea and turned it into a reality. That is what we all dream of isn't it? That's what I thought too. Then I went to see it. The awe factor was spectacular but as marvelous as it was, there was something more that took away from the dream and turned it into a nightmare. What I'm referring to is the heavy hands of the writers and developers that added such a strong political backdrop to this story. It can be understood as a way of tying it to today's ideas, just they went a bit too far. This is an incredible fantasy, too bad the fantasy as many do fail to live up to reality.