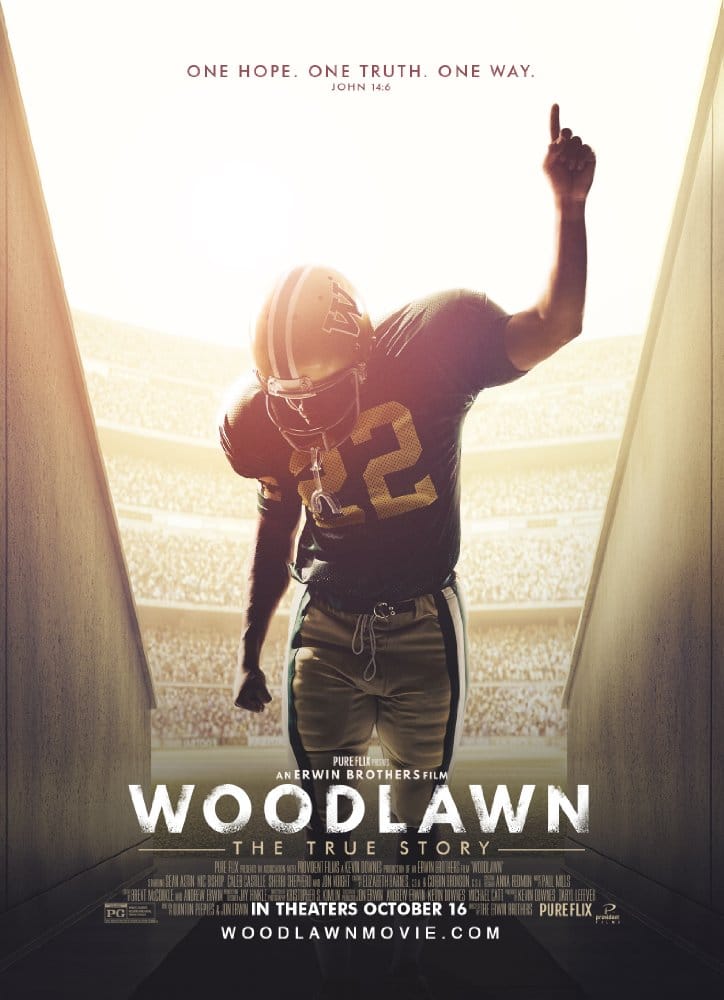 Birmingham, Alabama is a small community that has deep roots. Those roots go in many different directions, sports, personal interests, employment, but there's one thing in common... Faith! When the local football team gets a new player that doesn't quite fit in with the rest, it tests all the boundaries in the community. There are those though that go against the old way of thinking, choosing to see who a person is instead of what they look like. That alone isn't enough to bring this community back together again. When the local football coach finds what the secret it, he doesn't want to keep it a secret and wants to share it with the world. The only thing getting in his way is the separation of church and state, defined by law. So now what happens? Hope... Hope happens, it's amazing what can happen when people get inspired. That's what's amazing about hope though, different things can inspire it and yet it all points in the same direction. This story is set in the early '70's, in a world barely recognized by today's society. A true story that not only defined the life of a few but that defined a community, and now is trying to define a society. The society of us, of people, of life itself... An inspiring story of how hope itself can be found in the unlikeliest of places. Though it gets a bit dramatic at times and a little preachy at others, it's a good watch. There is even some archival footage from back then worked in. Whether you're a football fan just need a bit of inspiration... There's something for everyone.