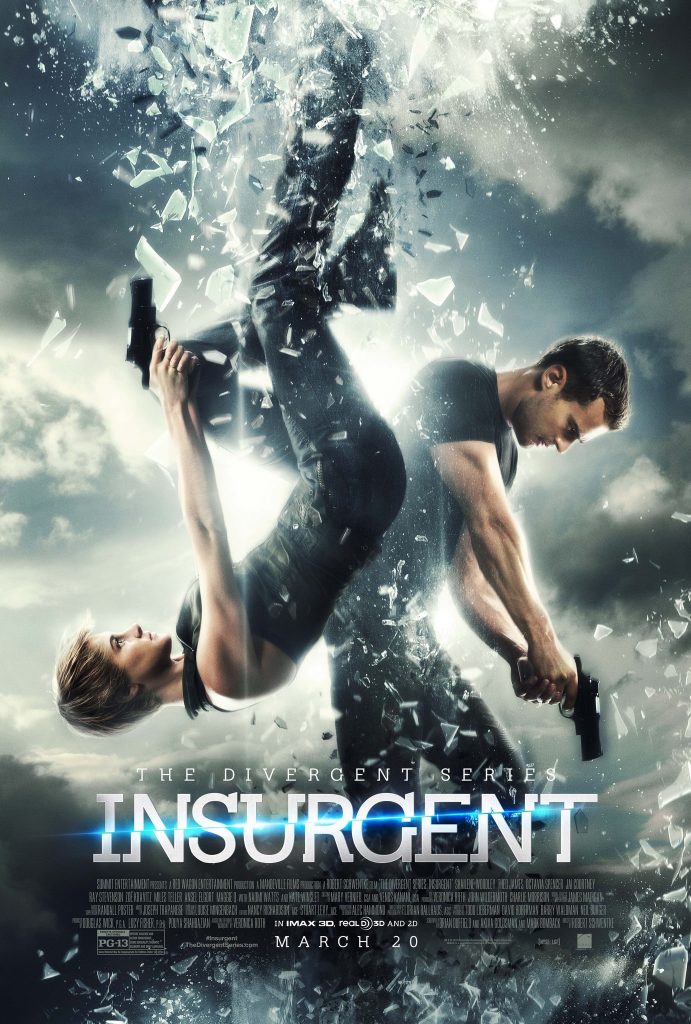 The things that make us different are the things that define us. This society is made up of five factions. Each of those factions has their place. Designed to stand alone, apart from one another... anything that disrupts this idea is seen as dangerous. That's why the divergent are seen as a threat. As much as they are seen as a threat, they are also a needed resource. Janine has a purpose for them or at least one of them. She has in her possession an item from the past that holds the key to the future. It is nothing to her without the help of a divergent. In the search for the one, many lives are lost. She won't stop at anything to achieve her goals. The divergent, in their quest to stay together come across an unlikely ally. With the help of this ally, the divergent could unlock the key. This has come at a cost. Secrets come out, some will have to face what they fear most. What will be revealed, will change everything. This second part of the divergent series picks up shortly after the end of divergent. The beginning of insurgent seems to lack focus. Though it fills in the gaps, it is almost unnecessary. The story quickly gains momentum as it goes on. Each scene leaves us wanting more. Parts are almost predictable but don't always believe what you see. There are plenty of twists that keep you thoroughly engaged. As good as it was, it didn't live up to the first. I'd definitely say if you want to see this, you should watch divergent first as the stories are continuous. This begins slow but is well worth it in the end. See divergent, watch this and anxiously await the next...ﾠ