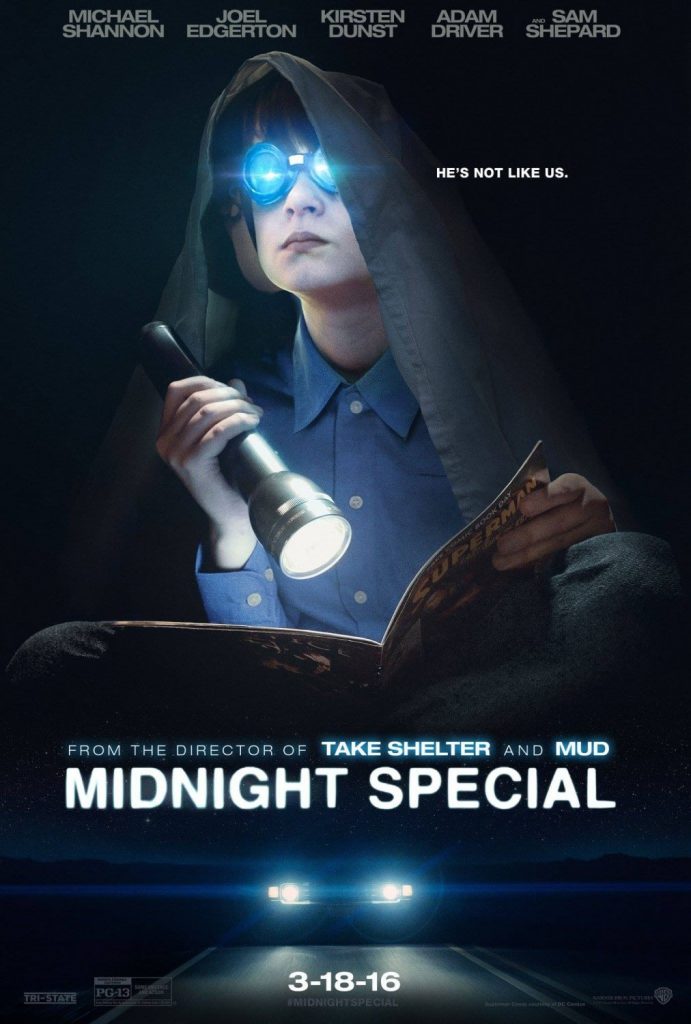 This title in and of itself creates a sense of curiosity, making you wonder what is so special about midnight and what exactly what is this movie about. I'll do my best to answer those questions without giving too much away (NO Spoilers ever...). Use your imagination, and combine Escape from witch mountain and Tomorrowland with a slight hint of Abyss. I've probably confused you further, but trust me, when you watch it, this analogy will make perfect sense. Now in saying that, this is the story of a boy, a boy that has an unusual gift that feels almost Sixth Sense'ish in the beginning. Don't worry though, it doesn't go in that direction. What id does do is explore the journey that this boy and his family go through in order to answer the ultimate question... Where does he belong? With his family? In a gov't facility? or somewhere else entirely? Though it's told in a somewhat slow manner, there is plenty to the story to keep your attention throughout. Even the portions of the story that seem almost distracting to the rest make sense as it's told. Whether you're a fan of the Classic's above or just looking for something different. There's something here for anyone who enjoys science fiction. It doesn't go too far into the sci-fi and that may alienate some viewers but at the same time, I'll appeal to others. Though the approach is a little different from what audiences may be used to, it's definitely worth the watch. Take a moment, pay attention to the details and enjoy the journey that we are invited to participate in... I know I did.