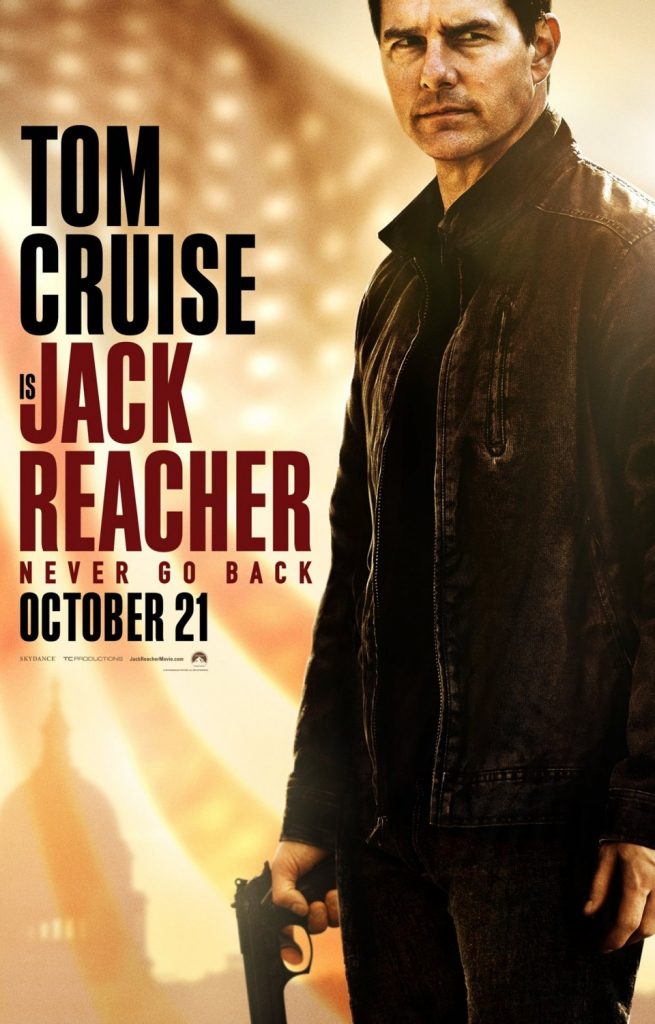 Jack Reacher is back in action and looking for justice. A new acquaintance ends up helping Reacher put some bad guys away. Next thing he knows heﾒs on his way to take her out on a date.ﾠ However, when he arrives he is surprised to learn that she is under arrest for acts of treason. Refusing to believe she's guilty, Reacher makes it his mission to uncover the truth. In his pursuit of the real story, he too becomes a fugitive from the law and together they stop running and start hunting for answers. He's used to working alone and this is a whole new ballgame but then again nothing seems impossible. However, limits are tested and emotions run high when a surprise third party member becomes involved that could change his life forever. ﾠIn order to clear their names and protect his new friends they must uncover the truth behind this government conspiracy. If youﾒre looking for an action packed thriller then this is it.